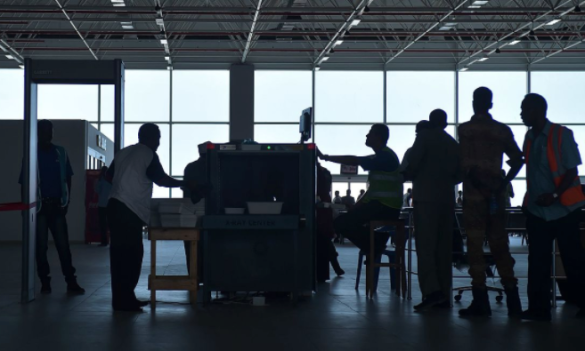 POUGHKEEPSIE, NY. Outraged that foreign-born immigrants now have the right to ban unwanted visits from certain friends and relatives, native-born Americans are demanding the same.  “My brother-in-law eats like a horse.” said Mel Stodgens. “Just because I was born here, no reason he should be able to just stop by and clean out the fridge.”

Stodgens, and millions like him, are protesting that once again, immigrants are being given an unfair advantage thanks to the Trump administration’s travel ban.  The ban restricts visits by citizens of six nations to “bona fide” relatives.  “Look, I’m only asking to ban visits from a certain brother-in-law from New Jersey.” said Stodgens. “Him, and his snot-faced kids.”

A narrow version of Trump’s original amended travel ban was recently approved by the Supreme Court.  “Now that the ban is in place, Americans are safe to be terrorized by locally born sociopaths.” said an administration spokesperson.  The Trump administration has been determined to protect the homegrown terrorism industry from cheap imports. “Jobs, jobs, jobs.” tweeted Trump.