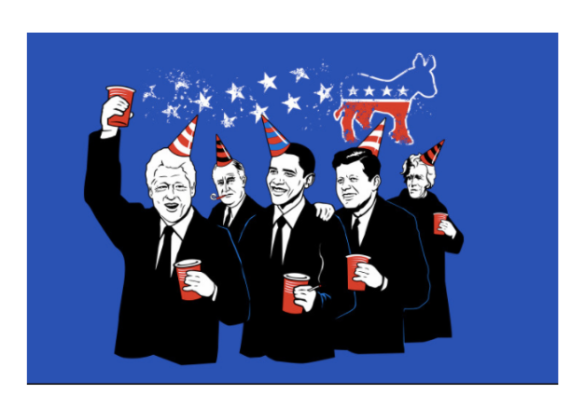 WASHINGTON DC.  Stung by another loss and searching for a message that resonates with voters besides “We’re Not Trump,” the Democratic Party announced today that it has changed its name to the Republican Party Animals. “You want stupid, we got stupid!” exuded Democratic Party Chair Tom Perez, announcing the new party’s new slogan.

Political experts call the move shrewd.  “On most ballots the full name won’t fit, so voters will be confronted with two Republican Party choices.” said an expert. “In the worst case, they’ll win half the ballots, and in the best, where it does fit, I mean, who doesn’t want to vote for party animals?”

How the name change resonates with the party faithful remains to be tested. Meanwhile, the party is yet to confront the dustbowl-like migration of millions of disenchanted Demies to California, attracted by the state’s offer of forty acres and a pinata.  “There’s a line of Volvos and Priuses stretching as far as the eye can see.” said Nancy Pelosi.