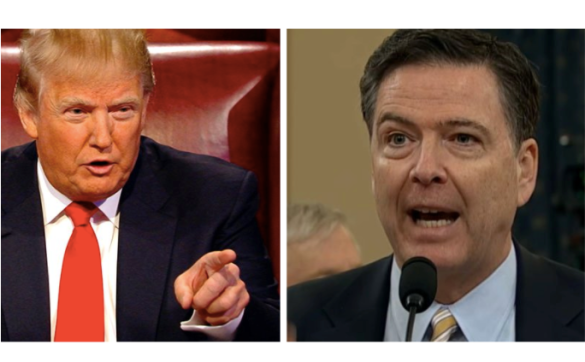 WASHINGTON DC.  Donald Trump says he was fully vindicated today by the electrifying testimony of former FBI Director, James Comey.  “As Comey said, I did not, am not now doing, and will not ever do anything to obstruct Russia’s attack on our electoral system, our core institutions, and our way of life.” tweeted the President.

Republicans brushed off assertions that the President, being new at his job, should understand quaint bureaucratic concepts like fair elections, defense of the constitution, and an impartial system of justice.  “By changing his dinner meeting with Comey from 6:00 to 6:30, Trump demonstrated his love of country and selflessness, as he was feeling quite peckish at the time.” said Speaker of the House, Paul Ryan.

In a classic Trump counterpunch, the administration is dropping the words ‘law and’ from their ‘Law and Order’ slogan, replacing them with the words ‘ready to’ to describe the Trump presidency. “Ready to Order,” hats appeared immediately in the White House gift shop. “It’s a clever nod to Trump’s autocratic tendencies, his appetite for power, and for muffins.” crowed FoxNews.