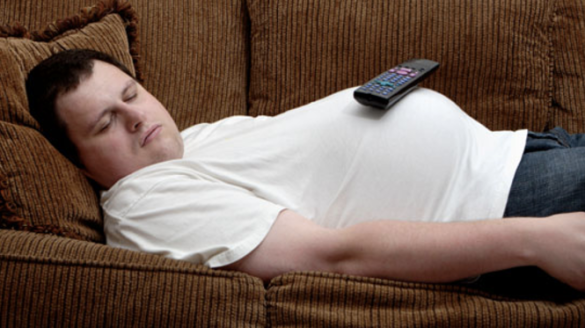 ALTOONA, PA.  As Americans puzzle through how TrumpCare will affect them, one man is down to two options.  To afford increased premiums, Phil Burns must choose between lawn care and prostitution. “Well, it’s hard to get him off the couch for anything,” said his wife, “but if selling his body is what it takes, that’s what we’ll do.”

Burns will face stiff competition.  Middle-aged, overweight male prostitution is one of the fastest growing sectors of the economy, falling between self-checkout line management and IKEA room decor modeling.   Still, some worry. “We’re keeping our eyes out for abuse,” said the Center for Exploitation, “Sex slavery may start off simply as being forced to take out the garbage wearing a compromising t-shirt.”

“We believe that TrumpCare will create thousands of jobs for men like Burns,” charmed Vice-President Mike Pence.  The TrumpCare plan, besides cutting taxes on the wealthy, encourages tanning and the use of better lighting for people in poor health. “Nothing like a tan to make you feel on top of the world,” said Pence.  Pence has been trying to reinvent himself as a Administration bad-boy, an effort that appears to be floundering.

Burns came into the public eye last month, when he inadvertently purchased Barrack Obama along with two wax presidents in a closeout sale at a wax museum.  His choice is one millions of Americans are facing with courage, and a short nap.