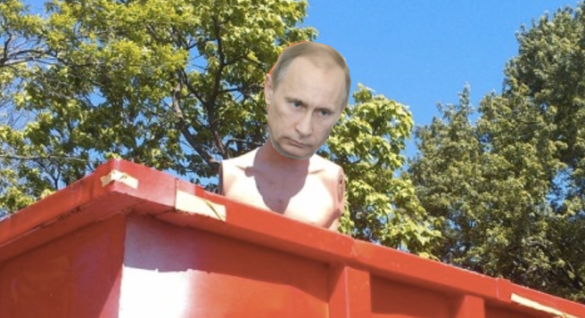 WASHINGTON DC.  A homeless mentally disturbed man made a gruesome discovery today, the remains of a disfigured love doll stuffed in a White House dumpster.  “I’m in town to interview for the NSA role and was hoping to grab some chow before the meeting, and then this,” said the shaken man.  “Who would do such a thing”

“Whoever got rid of it was trying to cover-up the identity of the doll,” said the FBI, “removing the arms to prevent a fingerprint match.” 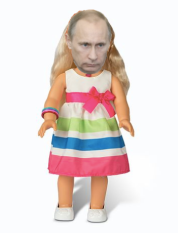 Dolls worldwide came under scrutiny today when German officials warned citizens there that My Friend Cayla dolls may allow hackers to eavesdrop on confidential conversations. “While we don’t see any immediate connection, we’re collecting DNA in hopes of a lead.”

Love dolls — anatomically correct dolls who normally live shadowy lives — have a long history in politics.  President William Taft, a bachelor, escorted a love doll to several White House events without discovery, even after the doll’s hand melted after being place too close to candle at a State dinner.

Tongues wagged all over the Capital today.  Press Secretary Sean Spicer said all White House love dolls are accounted for, and blasted the lying mainstream press for not reporting dolls illegally voting in New Hampshire.   A group of dolls was caught-up in a round-up of illegal aliens recently, further evidence, said Spicer, of their complicity.

Reached for comment, Vice-President Mike Pence said he hadn’t been informed about the doll’s discovery, but would look into the matter.  Pence complained recently that he is tired of being left of the loop, and demanded unlimited free calling to Russian intelligence agents.