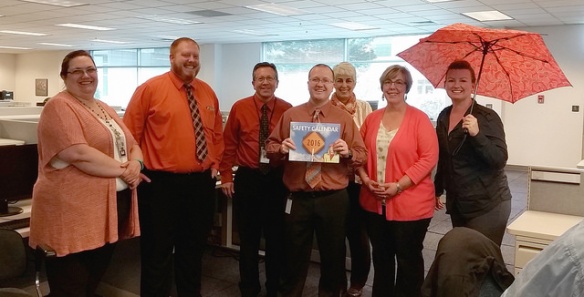 Washington DC, Jan 29, 2017.  The Trump Administration is manning all immigration checkpoints with DMV staffers, essentially bringing immigration to a standstill.  “Who needs a ban when we have the DMV,” reasoned KellyAnn Conway.

With the ban being challenged worldwide, the use of foot-dragging specialists is a “brilliant end-around to the legal quagmire,” said one pundit, “My son is still in line at the local DMV.  Been two, maybe three years now.”

DMV employees have skills honed from years of time mismanagement, and are bringing with them their obscure numbering system for ordering applicants.  “I was fifth in line, was given a ticket that said F4, and was told to wait ‘over there’,” lamented an Indiana congressman, “By they time they got to C83, I knew I was screwed.  Masterful, just masterful.”

Trump’s team considered other candidates, including the grocery line checkout clerks and TSA staffers.  “The TSA has proved adept at delaying individuals, especially elderly people, children, and the blind, but for systemic pain, no one can match the DMV,” said Conway, “Special times call for special skills, and we brought in the big guns.”