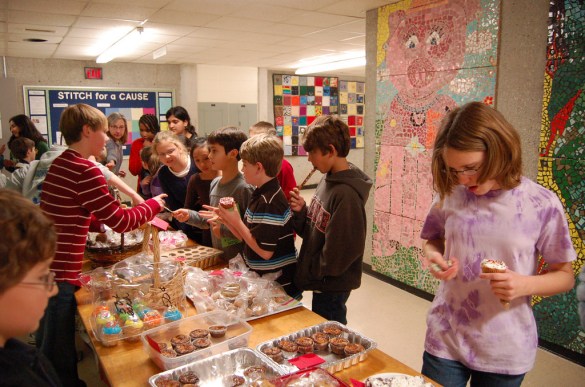 “President Trump’s inauguration was attended by the most Americans in history,” bleated KellyAnn Conway, “Obama’s inauguration might have had more attendees, but most were illegal immigrants, or people from California, neither of which count as Americans.”

Working to capitalize on the energy millions of women poured into protests Sunday, the Democrats also announced an attempt to hold the world’s biggest bake sale.  Answering critics who call the bake sale a cheap, sexist ploy demeaning to women and their passion for equality and justice, put on by out of touch plutocrats, Pelosi said, “Huh?”  Plans for the bake sale are in the development stages, and will be announced by posters and a telephone tree.