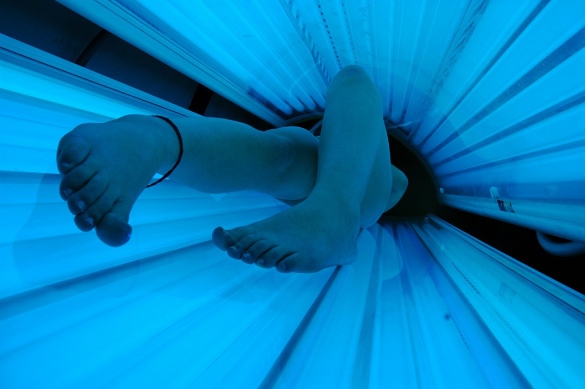 Washington DC. Republican leadership in Congress today voted to repeal and replace Obamacare with plans to use more favorable lighting, and to subsidize tanning for all citizens.  “Most unhealthy people aren’t really sick, they’re just poorly lit,” said incoming Health and Human Services head Tom Price, “And have you ever seen a tan person in an ER…I think not.”

“Couldn’t agree more,” tweeted the perennially tan Donald Trump, “We tried to get teeth whitening into the bill, but the Democrats balked.” Democrats warmed to the general idea though, “Better lighting matters for me, and tan people are always better liked,” said House Minority leader Nancy Pelosi.  Pelosi is behind a campaign to save Macys in hometown San Francisco by housing well-lit, tan, homeless people in the store’s furnishing and bedding departments.  “Everybody wins,” said Peloso.

The tanning subsidies will be distributed via a new mobile app subcontracted out to the Russian government. The app will monitor the tanning market and also provide an instant replay of any argument so that the man can prove he was right. “We expect this to be huge, but to keep it safe, we’re letting Yahoo store the passwords,” said a Russian spokesperson.

Brushing aside security concerns, Trump spokesperson KellyAnne Conway instead lambasted democrats for falling for “the old puppet hack trick,” while Democrats are touting their “I Told You So” rally and bake sale to combat the loss of all federal power.

Other News from Around the World

One thought on “CONGRESS TO REPLACE OBAMACARE WITH BETTER LIGHTING, SUBSIDIZED TANNING”