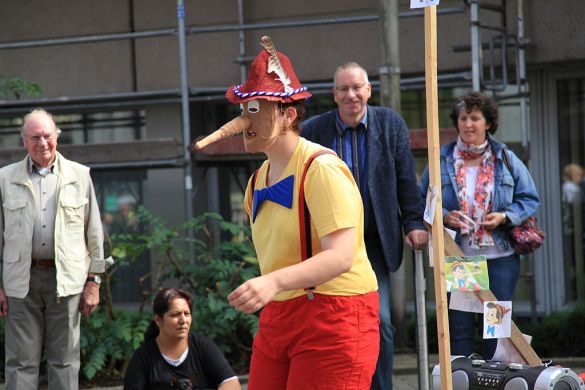 Washington DC, January 8, 2017.  Under intense pressure to prove claims that Russia hacked the Democratic National Committee, the CIA today released a photo of the culprit.  “The perp is a 14 year old male, often appearing hinged, and with strings, possibly made of wood,” announced CIA Director John O. Brennan, “Despite his festive outerwear, he’s clearly Russian made.”

“Yes, it was a 14-year old after all, but the fact that he was sometimes wood, sometimes flesh-and-blood, explains how he breached our defenses,” intoned a cyber-security spokesperson, “We’re ready for him now though.” A live webcam broadcast of DNC security measures detailed new protections including scissors, fast-drying glue.

The Republicans meanwhile countered that they have long defended against cyber-attacks, and trumpeted their latest policy banning email in the White House in favor of shadow puppetry.  A Trump tweet, “Hillary’s campaign had the best anti-wood protection possible,” was quietly edited by Mike Pence to read that that campaign had the best anti-worm, not anti-wood, protection.  “Autocorrect,” sighed Pence.

“Vladamir Putin was on Santa’s nice list, what more could you want,” scoffed the Kremlin. “Tell you what, next time, you can hack our elections.”